Burnie is somewhat of our mascot. He was burned in a garage fire with nine of his littermates, when they were just 7 weeks old, in January of 2015. Once we arrived on scene, all but 3 of the puppies had already passed away. The remaining 3 were rushed to our vet, and life saving measures were taken. Sadly, two of those surviving littermates passed away. Burnie fought hard, and beat all of the odds stacked against him. He kept breathing, in spite of his pain. He kept living when his organs should've shut down. Amazingly he didn't develop a major infection.

This boy is our miracle. There are so many reasons he shouldn't be with us today. Honestly, he should've given up the fight. It would've been easier for him. He would've hurt less. He wouldn't have been subjected to the surgeries he had, or the ones he still needs.

So what was it? Why did he fight? What was his reason for not giving up? I will never truly know, but I do believe, with all my heart, that it was love. My love for this guy, and his love for me. He knew I was willing to fight for him. I promised him I would give him every opportunity I possibly could, and I wouldn't give up on him, as long as he wouldn't give up and would fight too. So we fought together, both of us, for him.

There were many times I questioned that fight, wondering if I were being selfish, because I couldn't fathom the unimaginable pain he felt. He stopped that by never showing me his pain, instead, licking my nose, or nuzzling and cuddling into me. He let me know, in his own special way, that I was doing the right thing and it was all going to be ok.

Even with everything this boy has been through, he's always so happy. He bounces around everywhere and has such an outgoing personality. He is a miracle. My miracle. Our miracle.

Every single day this guy amazes me. Some may not think he's very pretty, but in my eyes, there is nothing more perfect, nothing more beautiful. He has taught me a lot this last year, the power of love being the most important. 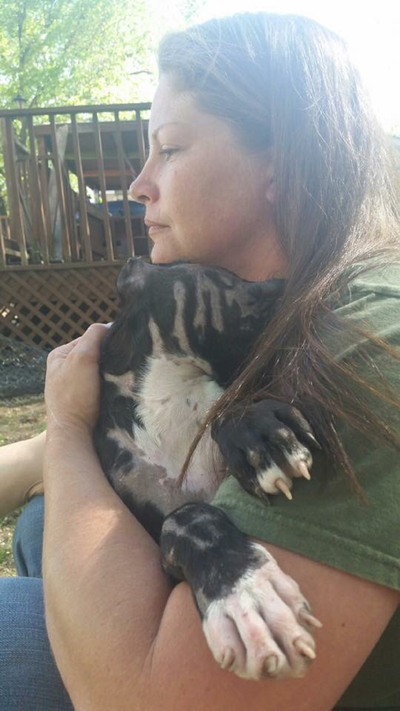 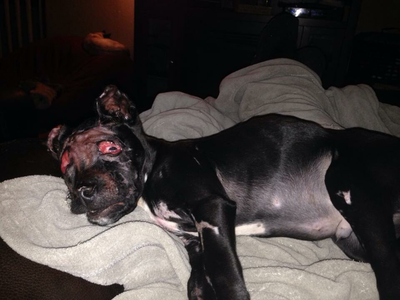 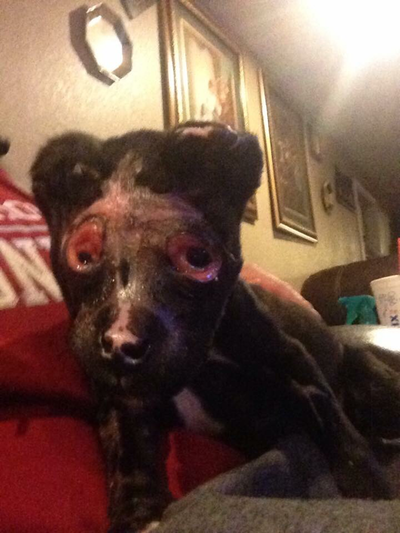 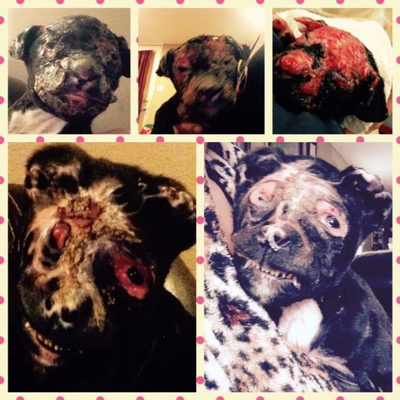 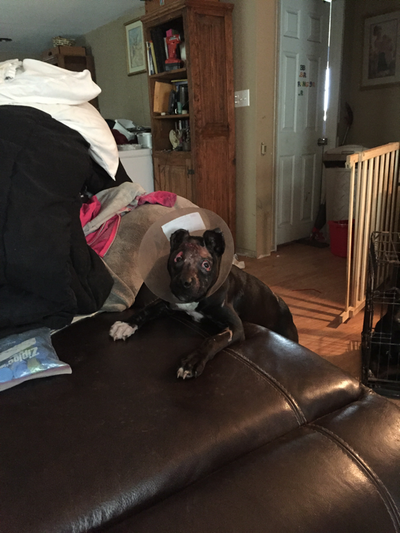 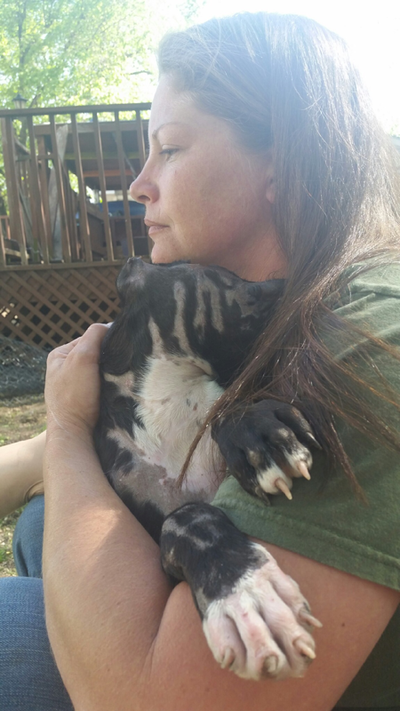 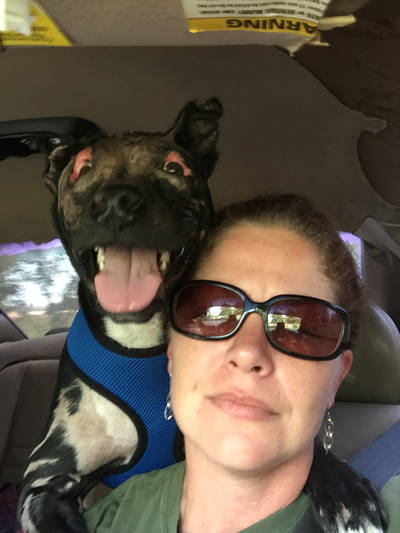 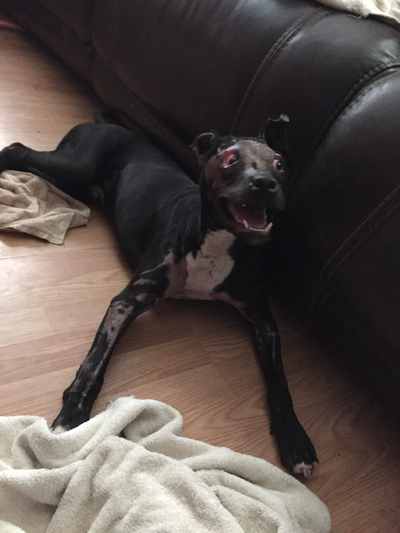 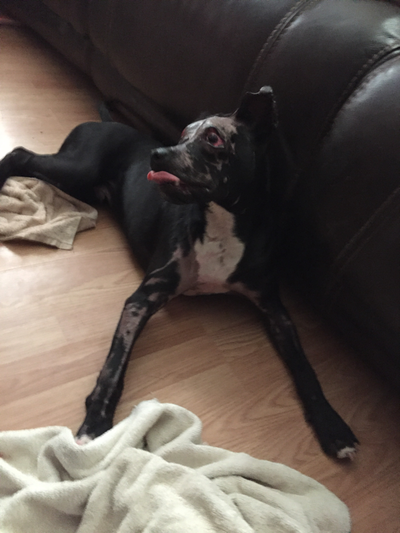 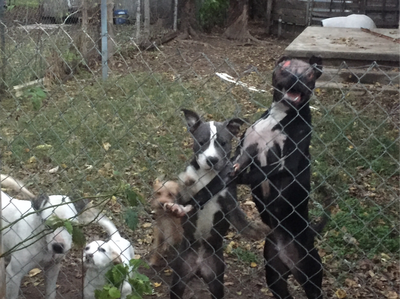 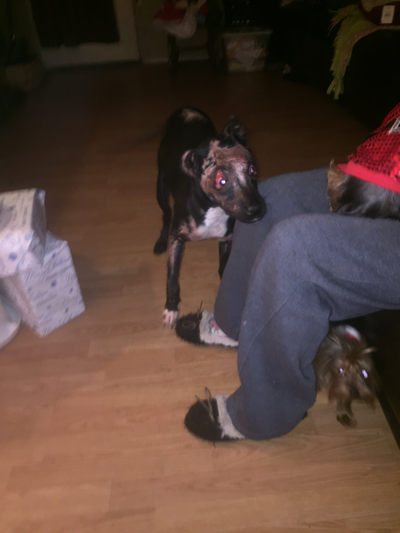 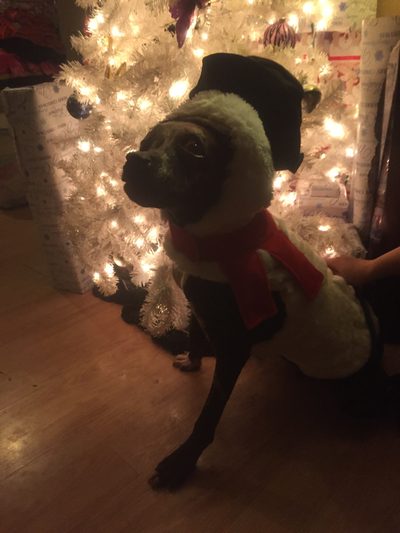 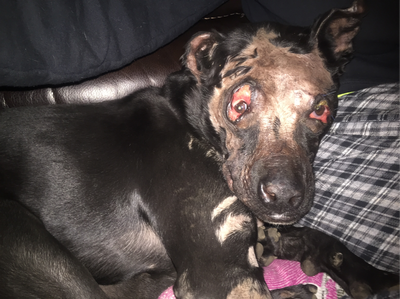